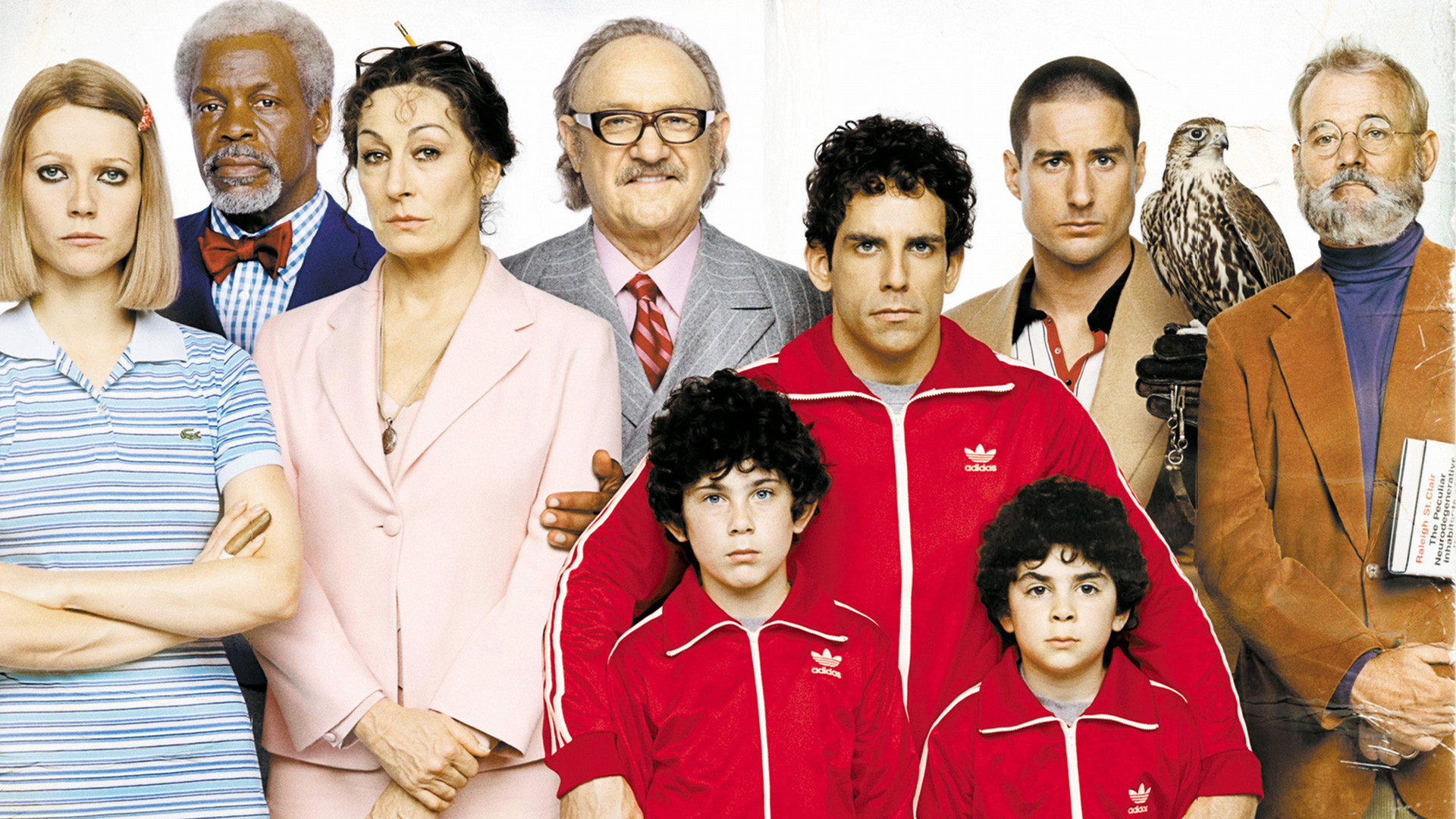 RT Critics Consensus:  The Royal Tenenbaums is a delightful adult comedy with many quirks and a sense of poignancy. Many critics especially praised Hackman's performance.

In his review Leonard says: "Rambling comedy has the same likable, eccentric qualities as the filmakers' BOTTLE ROCKET and RUSHMORE and benefits from Hackman's savvy performance but strains for effect and essentially has no story."

Wes Anderson makes movies that can only be described as quirky, and this is probably his quirkiest, and maybe his best.

Royal (Gene Hackman) and Etheline (Angelica Houston) have three children who are all child prodigies. But Royal isn't a great guy, and he and his wife separate. The kids are all pretty scarred by  the crazy childhood they had.

One was a great tennis player, another a financial wizard and the other a playwright.

A great cast with Luke Wilson, Ben Stiller and Gwyneth Paltrow as the siblings and Owen Wilson, Bill Murray and Danny Glover joining in as members of the extended family.

Margot: You probably don't even know my middle name.
Royal: That's a trick question. You don't have one.
Margot: Helen.
Royal: That was my mother's name.
Margot: I know it was.

I don't think there was one dull minute in the whole movie. And the soundtrack! One of the all time greats.

Much, much better than the 2 1/2 stars Leonard gave it.