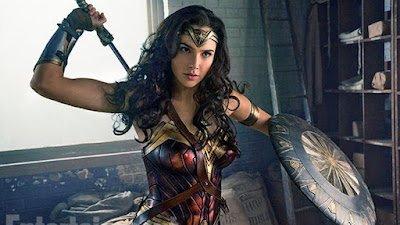 Leonard Maltin's Rating :  ?
Should be :

In his review Leonard says: "The only wonder regarding this movie is that it could be so incredibly dull. I keep hoping DC will find a key to unlock the magic inherent in its great cast of characters. "


Leonard is obviously just getting out of touch with the movie going audience. 8.3 on Imdb, and 93% with both critics and audience on Rotten Tomatoes point to a movie that is far from dull.

How great to finally have a featured female super-hero? And how about director Patty Jenkins breaking weekend box office records for a female director?

In his review Leonard says:


Could anyone find a way to make such a narrative dreary and tiresome? The answer, incredibly, is yes. Screenwriter Allan Heinberg (who devised the story with Zach Snyder and Jason Fuchs) and director Jenkins hand us a movie that bogs down in dialogue for more than two hours with far too little action. Even worse, the action itself is unreal; there is no visceral (or vicarious) response to watching Diana leaping about in shots of hand-to-hand combat. Bodies go flying through the air, as do well-aimed arrows from Amazonian bows, but it’s all so cartoonish that the human connection is lost.


We have been flooded with super-hero movies in the past couple of years, but Wonder Woman was a welcome addition to me.


It was refreshing, in the hands of a female director, to have the training and fighting skills of the female warriors emphasized rather than their looks and costumes.

I also enjoyed watching Diana as she confronted the modern world. She wasn't happy with the general who led his troops from the board room.

A really good super-hero movie; far from being dull.