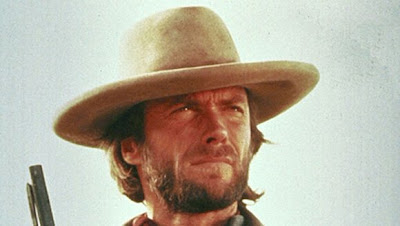 
Rotten Tomatoes Review: "Recreating the essence of his iconic Man With No Name in a post-Civil War Western, director Clint Eastwood delivered the first of his great revisionist works of the genre."


Leonard said in his review : "Long, violent Western begins near the end of the Civil War." He really doesn't have too much else to say about this Clint Eastwood directed movie. I've always loved this move - must have seen it a dozen times.

Many people think it is one of Eastwood's best performances and best directing  jobs. I always thought that it was interesting that that they made a movie with a Confederate as a hero and they made it work.

Exciting action Western with another iconic character created by Clint. Deserves to be rated much higher than 2 1/2 stars that Leonard gave it.