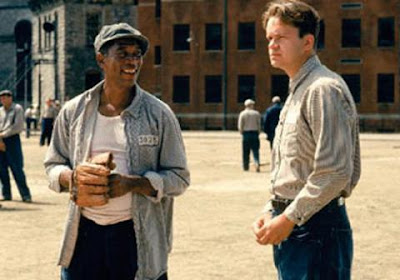 Rotten Tomatoes Synopsis : This beautifully crafted movie features touching and sincere performances from the entire cast, with an uplifting message about humanity's indomitable spirit and the redemptive value of hope. Based on the novella Rita Hayworth and the Shawshank Redemption by Stephen King, Darabont's intriguing adaptation is easily one of the finest films of the 1990s.


Leonard says in his review : "Widely praised film is well crafted but terribly overlong, and hollow and predictable."


I'm not going to tell Mr. Maltin how to run his business, because he has been very, very successful. But if I was going to write a book that had recommendations as to what movies readers should see, I would probably have a pretty good rating for the most popular movie on IMDB.

I, myself, like this movie but don't love it. It is well crafted, interesting, well acted and well written. It is well worth seeing , but I don't think it is one of the best movies of all time.