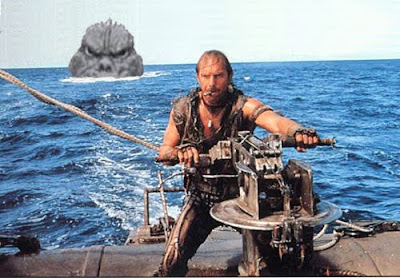 Rotten Tomatoes Consensus : "Though it suffered from toxic buzz at the time of its release, Waterworld is ultimately an ambitious misfire: an extravagant sci-fi flick with some decent moments and a lot of silly ones."


This is not the worst movie I have ever seen, but it is certainly not a 3 star movie. The idea is pretty interesting but it is poorly executed, poorly written and poorly acted.

Leonard said in his review : "Notoriously expensive movie can't live up to its price tag but does offer great action scenes and an interesting future premise." He goes on to say : "Too poky at times and not fully fleshed out at the conclusion, but still solid entertainment."

I think that this is solid entertainment only for those who enjoy going to the dentist. How can this movie get 3 stars and Blade Runner only get 1 1/2? This movie is twice as good? Sometimes the world (and Leonard) just doesn't make sense.