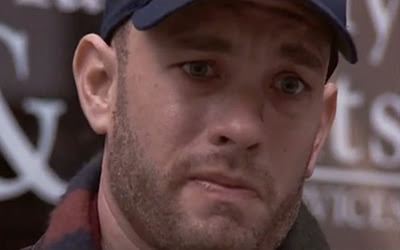 RT Critics Consensus:  "Philadelphia indulges in some unfortunate clichés in its quest to impart a meaningful message, but its stellar cast and sensitive direction are more than enough to compensate."

In his review Leonard says: "Well-meaning, mainstream look at AIDS and American homophobia succeeds as a tract, but falls short as drama.


I have to admit that I don't really get what Leonard is saying when he says "it succeeds as a tract". I think he is saying that the movie succeeds in educating people about AIDS and about homophobia. And if this is all the movie does, then it should be much higher rated then it's 2 1/2 stars.

I also think that Leonard and I watched different movies. I thought the drama in the movie was really well done. I think it's ratings on Rotten Tomatoes and IMDB also show that critics and audiences enjoyed the movie much more than he did.

I think that Philadelphia is an important movie, that everyone should see, but I also think it is really entertaining.