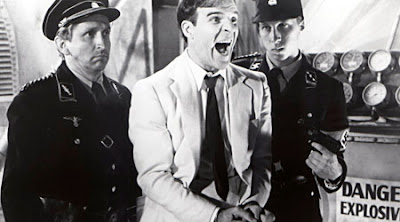 
Leonard says in his review : "Fun at first, but with no story and cardboard characters, it wears thin fast; film buffs will enjoy it more than the average viewer."
This is a movie that is so different from any other, and so clever, that it deserves a much higher rating than the two stars Leonard gave it. The clips themselves are wonderful and Steve Martin was great as Rigby. The clips of the movies make it a highlight reel of film noir and the film noir stars.

A great homage to the American genre, film noir, and a very funny movie in its own right.