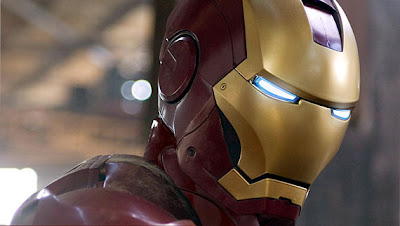 
Leonard says in his review : "Not-bad adaption of the Marvel comic book ... but there are too many misfired ideas (like the Middle Eastern setting, uncomfortably real for a piece of escapist entertainment) and a retro heroine in Paltrow's lovesick Girl Friday."
Criticizing the movie because it was too realistic? I thought the movie was very well done and had a really good mix of action, comedy and romance. I never saw Pepper as being lovesick either.

Without a doubt, one of the best superhero movies ever made and you can see by the ratings that most people seem to agree with that. Maybe it shouldn't be ranked as a 4 star movie: it isn't Citizen Kane, but the Movie Guide is supposed to guide people to movies that they will like, and people do like this movie.