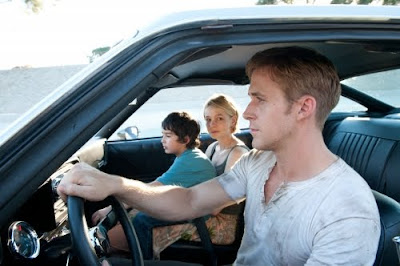 
Leonard says in his review : "What some see as postmodern cool strikes us as pretentious hogwash from the word go."

I don't really know if I liked the movie because I saw it as postmodern cool (because I don't know what that means), but I did enjoy this film. The Driver was an angry young man who falls in love, and this changes his life.

I see it as a kind of modern noir. A man tries to stay unattached from a world that has obviously hurt him, but he is dragged back in, as all the men in the noir world are, even though he knows he shouldn't go.

It disturbs me that so many people won't get to give this very interesting movie a try because of the low rating they will see in the Movie Guide. Maybe they should get to make the decision whether it is pretentious hogwash. Judging from its ratings, not too many people feel that way.