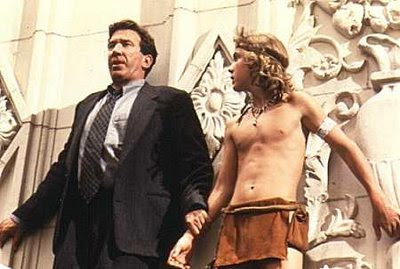 The movie has Michael) Tim Allen going to Brazil to get his wife, who left him fourteen years before, to sign divorce papers. When he gets there he finds out that he has a son who is now thirteen years old. Michael brings the tibal boy, with his loincloth and blowgun back to New York.

What follows is a not too funny getting to know you and the modern world story. Done much better in Tarzan's New York Adventure (1942). Another movie along these lines, although not a comedy, was The Emerald Forest (1985). It was based a true story, and was very well done.

Some quotes from the movie:


If you like those quotes then you will probably like the movie, but that is about as good as it gets.