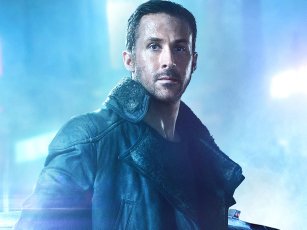 Leonard Maltin's Rating : ?
Should be :


In his review Leonard says: "I admire the hard work that went into this film by a team of people who are devotees of the original and strove to do it justice. Fans and admirers will weigh in en masse, I’m sure…but I found Blade Runner 2049 long and boring. "


The title of Leonard's review was "BLADE RUNNER 2049: NOT WORTH THE WAIT"

Leonard begins his review saying: "I’ve taken more heat for my negative review of 1982’s Blade Runner than almost anything else I’ve written. I gave the film three shots as director Ridley Scott revised it over the years but it never spoke to me, beyond its obvious visual achievement. "

In 2017 Time-Out London published the results of their poll of "the leading sci-fi experts, filmmakers, science fiction writers, film critics and scientists.

If I was reviewing movies, and making suggestions as to whether people should see them, I would probably have to admit to myself that I was the one that missed the boat if I gave one of these movies a bad review in light of what people who love sci-fi think of it.

But Leonard has the right to his opinion, like we all do.

I do have to admit I was a bit stunned by Leonard saying it was boring. Even if you didn't buy into the story, the beautiful look, style and production values of the movie made it a fascinating watch.

I thought Blade Runner 2049 was a great movie. It is so hard to follow a great movie, but I think that this will go down as one of the great sequels of all time.  I loved the look, and I loved the story.

I've seen the movie three times so far, and long and boring are not words I would ever associate with this film.

Science fiction is not one of my favorite genres, but I still think that Blade Runner 2049 was  a great movie.