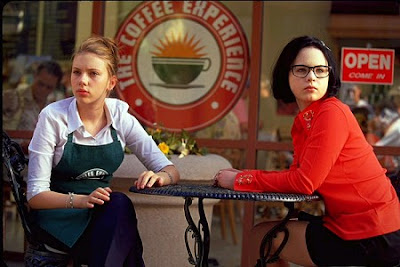 
Well acted, well written and an interesting look at the mysterious world of American teens. Leonard says in his review : "A well-observed study of alienation, coscripted by Zwigoff and Daniel Clowes from the latter's comic book .. but it's difficult to care about a character who refuses to be cared about."

Presenting a teen character who "refuses to be cared about" is part of what makes this movie so interesting. Believe it or not, most teens aren't captains of the sports team or the prom queen. An entertaining movie presenting a realistic look at teen life, it is both refreshing, truthful and honest.