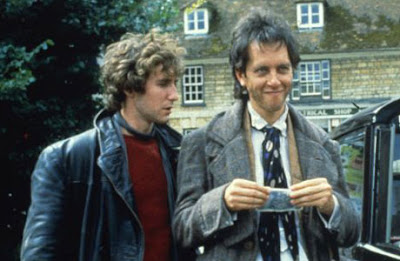 Rotten Tomatoes Synopsis : Bruce Robinson's semi-autobiographical account of his early years as an actor has become a cult hit of massive proportions, inspiring countless numbers of young men and women to quote stars Paul McGann and Richard E. Grant and their booze-soaked dialogue. Though not much happens in terms of plot, WITHNAIL AND I is one of the most subtly hilarious films to come out of 1980's Britain."


Leonard says in his review : "Director Robinson wrote this autobiographical film which has its amusing moments but eventually becomes monotonous."

A film that is hard to describe but easy to love. It is definitely a film that needs to be seen.