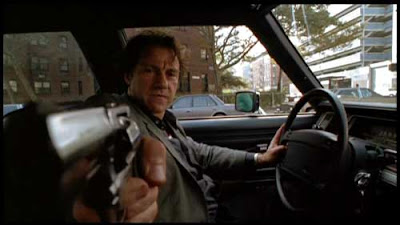 In his review Leonard says: "More pretentious than Ferrara's earlier work, though film has substantial critical and cult following."

Definitely not a movie for everyone, but on many levels this is a great film. There aren't many films that you watch, get totally immersed in, and then feel totally drained afterwards. Bad lieutenant is a movie that can make you feel that way.

Harvey Keitel plays a corrupt new York detective who has more vices than anyone you have ever seen on film. He gambles, uses drugs, is an awful father and is really just an all around loser.

A great acting performance that has to be seen to be believed. I understand Leonard's rating because some people will hate this movie, but I think that this is a performance that must be seen by people who love movies.